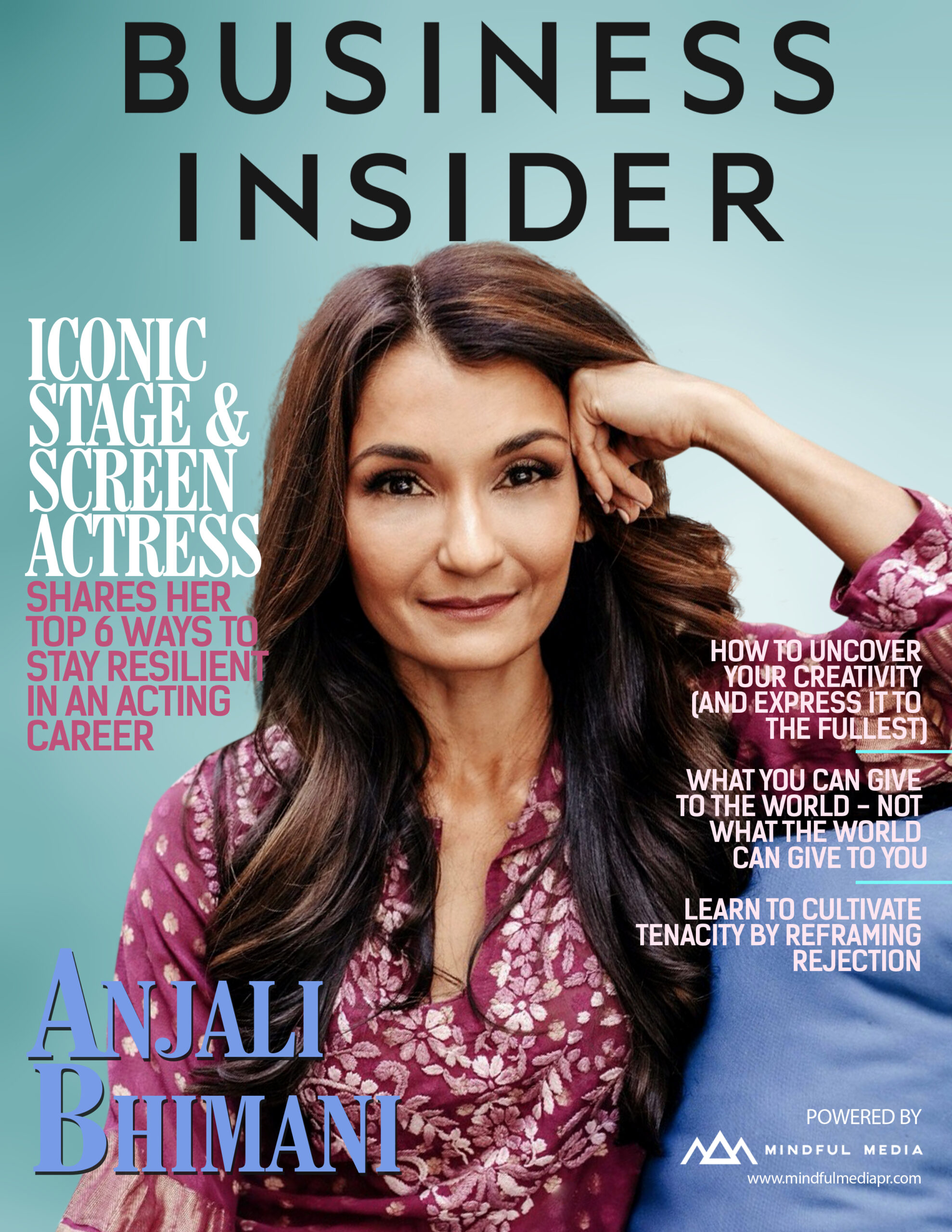 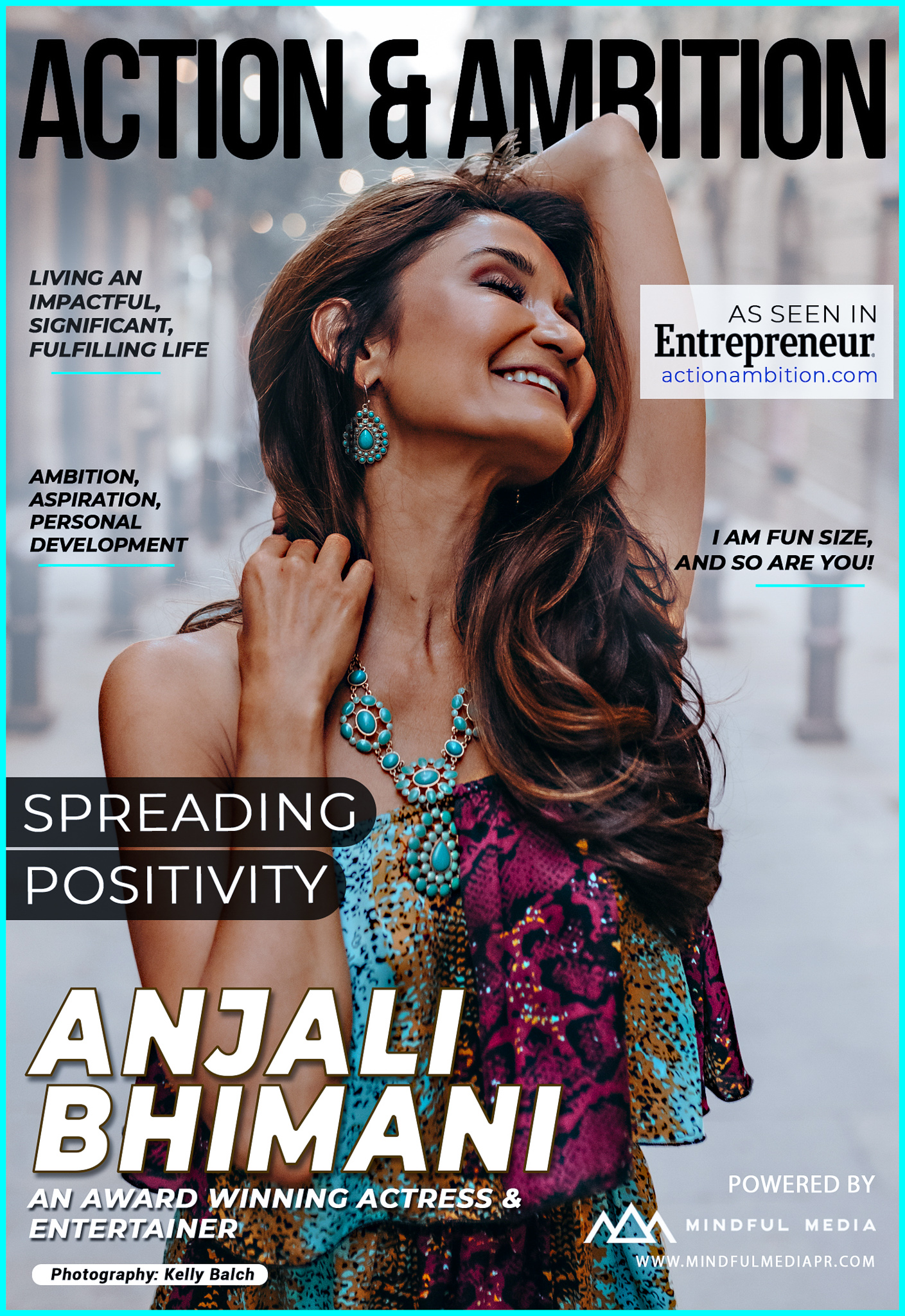 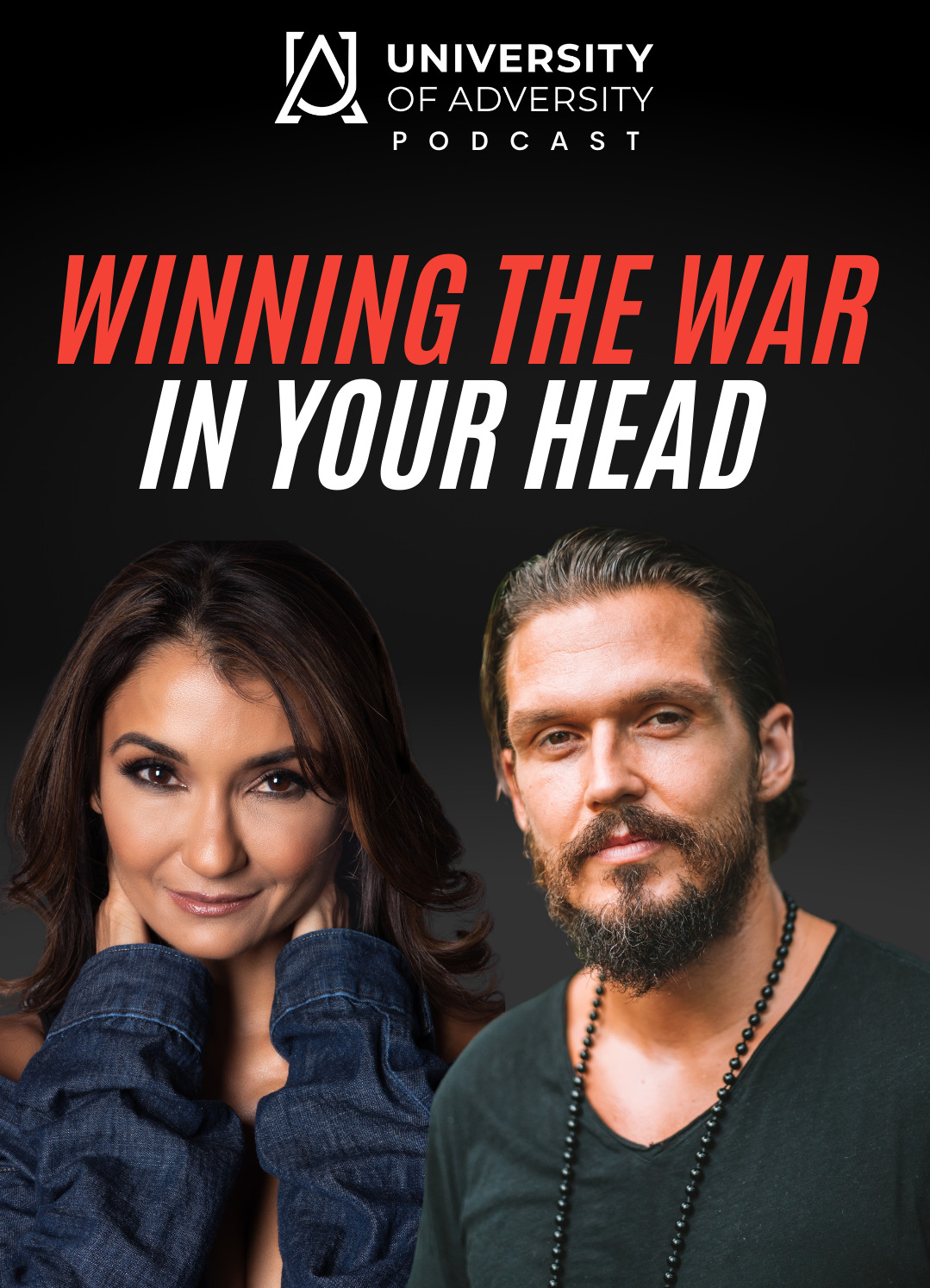 Talk Nerdy With Us interview, Sep 2020 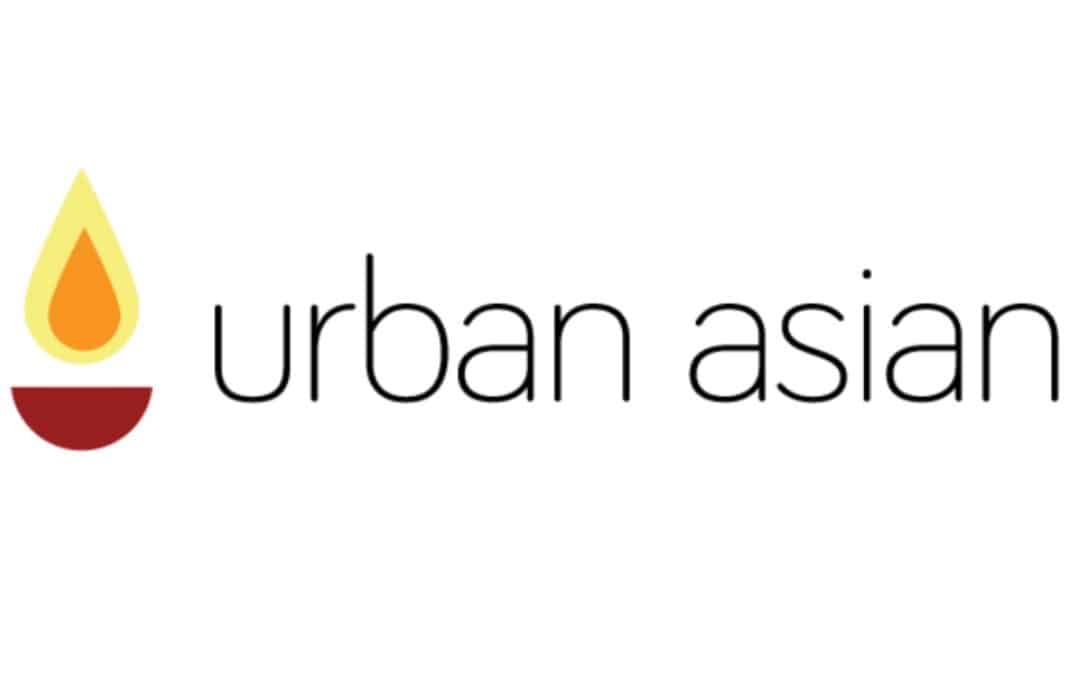 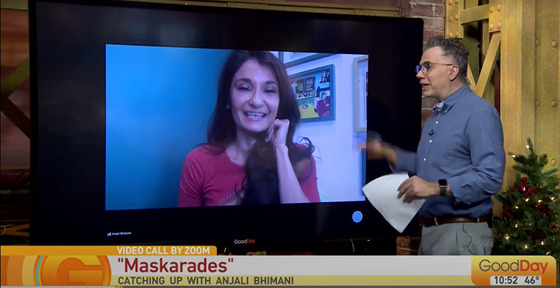 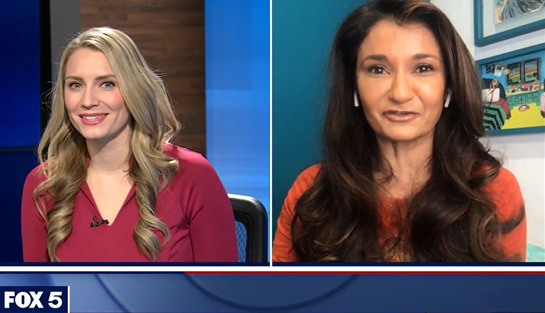 Roof of the World

"As Safia, Bhimani anchors the cast with a fierce performance that radiates warmth.”

A Widow of No Importance

“What sells this familiar material is the verve with which it’s delivered…Anjali Bhimani as Deepa’s gold-digging matchmaker friend manages to pull off her ‘Real Housewives of Mumbai’ shtick [in] that killer sari she’s wearing.”

“Bhimani is the very definition of fabulousness as Lalitha, a character whose next move ought to be to a house on Desperate Housewives’ Wisteria Lane…WOW!”

“Broadway vet Anjali Bhimani gives Pam one of the richest and most powerful voices you’re likely to hear any time soon, particularly in her solo ballad, ‘Stone Cold Sober’.”

“Other hat tips go to Aubrey Deeker and Anjali Bhimani as Silvius and Phoebe (sic), a pair of romantically maladjusted country bumpkins.”

“All major roles are well cast, and Anjali Bhimani as Phebe and Aubrey Deeker as Silvius are especially delightful.”

“I loved the work of the high-stepping Bhimani, a fine actor and superb dancer.”

“As Rachel, Anjali Bhimani rises above and we get a strong sense of her estrangement from her husband’s outsized personality and growing egomania.”

“a glowing Anjali Bhimani, plighting her troth in blood, of course”

Mirror of the Invisible World

“The cast of seven women, who take on multiple roles of both sexes, are necessarily athletic, graceful and versatile, and are skilled at both comedy and drama.”

“Each of these ladies are strong, and of particular note are Tejero, Gomez, and Bhimani”

“The cast of imported, polished, professional actors, led by the diminutive but forceful Anjali Bhimani, fill in the playwright’s character strokes. The play’s subject matter, along with its lacquered, Britannic countenance, makes it rather like a romantic 19th-century adventure-spy novel. On a cold winter night, it might be nice to curl up before a fire with a bottle of old claret at hand and get lost in this intercontinental tale of Indian adventure, fraternal double-cross and imperial intrigue.”

“Anjali Bhimani, as Evie, seems to sparkle with the ferocity of youth.”

“Anjali Bhimani is radiant and inspiring as the farmer’s daughter Evie who desperately wants to save him and be saved by him.”

“Only Evie, the farmer’s teenaged daughter, feels no conflict at all when she looks at the pilot. At once unguarded and innocent in Anjali Bhimani’s ardent perf, she alone sees in him the promise of hope and freedom that America wishes, and so often fails, to project to the world.”

“One of the smartest new plays of the season crept in under the radar this week, when “The American Pilot” opened Tuesday without fanfare at Manhattan Theatre Club’s tiny second stage. Lynne Meadow’s cast brings an enchanting, horrifying individuality to the characters, all nice people whose quirks and heartaches are surprisingly nuanced in such a brief work. More than a clash-of- cultures drama, or even clash-of-languages farce, the play is driven by the deeply unknowable, complicated influences of our global superpower. Anjali Bhimani is exquisite as their sensitive, independent daughter, who informs us without embarrassment of her “specialness,” her destiny to be a martyr or a saint.”

“The tale is outrageously funny and poignant at the same time. The five actors representing the community have gorgeous voices and demonstrate highly trained skills as operatic performers…There are not enough adjectives to describe the brilliance of their performances.”

“The singers in the piece — Anjali Bhimani, Martin Vidnovic, Matt Farnsworth, Angelina Reaux and William Youmans — are incredible, with their beautiful voices serving as an incongruous touchstone in the midst of the unfolding insanity.”

“The 40-minute “Comedy” is a mildly absurdist sketch for a group of citizens who become trapped on a bridge between warring armies. Martinu’s bright score holds the promise of a witty Gian Carlo Menotti piece with klezmer twists. The performers are excellent, a beguiling Anjali Bhimani warbling flirty consternation as she’s joined in no-exit-land by a roguish brewer (golden-toned Martin Vidnovic), and they’re discovered by her jealous lover (a comically earnest Matt Farnsworth) and his formidable wife (a vibrant Angelina Réaux).”

“Zimmerman’s actors accentuate the sensual and humorous. Anjali Bhimani is a tempest of shame and lust as Myrrha, who seduces her father…”

“Zimmerman shrewdly draws her audience into the imaginative fold with the well-known myth of Midas (Raymond Fox), portrayed in contemporary terms as a frosty businessman who ignores his lively young daughter (Anjali Bhimani, a tiny, breathtaking force of nature)… Yet for sheer tumultuous emotion, there is no match for the story of incest between Cinyras (Kipiniak) and his daughter, Myrrha (the astonishing Bhimani).”

“Anjali Bhimani was an unmitigated delight as Juliet. She was absolutely tiny (and her Romeo was unusually tall so the difference in height was often amusing) and flitted about the stage like a little bird. A cross little bird, sometimes, when she expressed adolescent temperament (so suitable for the character!).”

"As for the fire itself, “she” is a tiny, beautiful girl dressed in innocent white (the ravishingly pretty Anjali Bhimani, the most wickedly benign of incendiary spirits). As she tirelessly tosses red silk confetti from a large mail pouch, she sparks ever greater flames with a sometimes spiteful, always relentless abandon and an almost blithe attitude toward death. It’s a disturbing and richly inspired conceit.”

Reviews of Anjali Bhimani on CenterStage.net

From “30 Show-Stoppers Under 30”, Chicago Sun-Times

“Confidence is a hallmark for successful 30-under-30s in the arts and entertainment world. It has to be, for the competition is ferocious and the rejections can crush egos.

Actress Anjali Bhimani, came to Chicago from Orange County, Calif., to study at Northwestern University. She was hoping to make a career in musical theater until “a professor gave me a brutally honest assessment of my singing and dancing.” She ignored him.

During the past season, she has been the embodiment of the city-destroying blaze in Lookingglass Theatre’s “The Great Fire,” carelessly and sometimes malevolently tossing red silk “sparks” from a mailbag. And she is drenched nightly in Mary Zimmerman’s “Metamorphoses,” a work staged around a pool, in which she plays a girl caught up in an incestuous relationship with her father.”